From children’ fantasy themes to bold architecture. Meet twelve modern bedroom designs ideas that shows your place to dream can also be a dreamy place.

One way to think of a bedroom is as that space where you can remove yourself from the rest of the world, relax and remain disconnected from everything outside while you recharge for the next day. How better to do that than by (literally) hanging out in a box (designed by ECDM) that is physically separated from the rest of your home?

Complete with bed and television, this clever box bedroom is in many ways a central element within this place – defining and displacing space around it, making its presence known on all sides but also positively shaping circulation around it.

However, while it exists in such a central location it is also completely concealed from the primary living area below – as secluded as one could ever need to be and completely safe inside on a bed inside of a steel box hanging from the ceiling.

Although it may seem a little cold and very dangerous if you come home drunk and don’t know how to swim, but this is probably the coolest modern

At Berlin’s Propeller Island City Lodge, each of the 30 rooms is weird in its own way. This one was designed to look like a brightly painted medieval town, with an ultra-mini golf course surrounding the castle bed.

As we already know, bedroom is a place for us to having of peace and relaxation. Bedroom is also become an individual’s private domain that reflects their unique tastes and their likings of course. There are lots of ways in which a person could customize their room, especially bedroom bookcase. Actually this bookcase will become a right bedroom décor because the simplicity of this design itself that you can put in any other side of your bedroom, especially the corners. Mostly people put that stuffs in the corner. One thing for sure, this stuff have a lot of function such as a storage where you can place your books, lamps, radios, clocks, and anything else that you think you can put in an orderly fashion on the top of it. If you read in bed, you can keep your favorite books in this inspiring bedroom furniture, mini library that fitted right behind you. Uroko, named of the guys from Point Architects who make this incredible design advise you to having this bookcase bedroom set to your lovely bedroom.

Two Brazilian artists lived for 4 months in 2009 in this bedroom with a bed, hammock, sofa and potted plant – all on the outside wall of a building in Rio de Janeiro. Thankfully, the brothers scrambled over a wall to use the indoor bathroom in the neighboring art gallery.

Designed by Japanese company Atelier OPA, this Kenchikukagu folding bedroom allows apartment dwellers to cramp in all the essential furniture necessary for urban living, without compromising on form or functionality. The company also has mobile and folding designs such as a work station and a kitchen.

This is the suggested bedroom decoration from children’s furniture company Posh Tots. They call it the fantasy bedroom. I bet this would be the dream room of every single little girl in the world. The price of a dream coming true? $47,000 – that’s the bed only

This is the Nautilus Undersea Suite at The Poseidon Resort, Fiji . It’s located 40 ft under the water. (Link)

The Worlds Most Inspiring and Creative Hotel Rooms.
For those who want to make their room an individual piece of art, here are a few examples made by 21 international artists from the fields of graphic design, urban art and illustration. These amazing rooms are from the Fox Hotel ( the former Park Hotel ), that is located in the center of Copenhagen, and I can say that these artists turned this hotel into the world’s most exciting and creative lifestyle hotel. The hotel has 61 rooms that are all completely different so choosing between a room with Art Deco inspired furnishings or a room where the walls have patterns taken straight out of a 1960s psychedelic film or a room where you spend the night in the company of Japanese Manga inspired cartoon characters may well pose a dilemma to some guests.From fantastic street art and Japanese Manga to simply spaced out fantasies, you will find flowers, fairytales, friendly monsters, dreaming creatures, secrets vaults and more… Now let’s see some amazing rooms.

The origins of Hotel Fox lie in a massive marketing event laid on by Volkswagen to promote its latest small car, the Fox, which, when it comes on the British market this summer, should retail at around £6,500. Rooms start at €120, which is cheap for Europe’s second most expensive city. And there’s a perverse attraction in a hotel that breaks all the rules of functional beauty that are central to Danish design.

Also from Propeller Island City Lodge in Berlin, the Mirror Room is a diamond shaped room lined top to bottom with mirrors giving a kaleidoscope kind of effect

There are a lot of ways to make a nice bedroom, but for kids there is an element of excitement that is just as important as bedroom size and style. As these pictures illustrate, a cool bedroom for children can be a virtual fantasy world in itself – in this case by making the outdoors the driving interior design idea and central concept of the bedroom space.

Complete with climbing ropes, ladders, swings and all kinds of hidden storage spaces, this bedroom brings all of the elements of an outdoor play space inside and makes the room feel like a self-sufficient home at the same time. The best part, of course, is the tree house in the center of the room – who would not have enjoyed that as a kid growing up?

Though this kind of cool bedroom design for kids can of course be contracted out to someone else like Kidtropolis, it is also perhaps an opportunity for a fun do-it-yourself project that engages children in the activity of designing and building their own space. While some of this custom craft work is no doubt too structurally complex for a child to do a lot of the painting, decor and other interior design elements could be built with adult supervision. 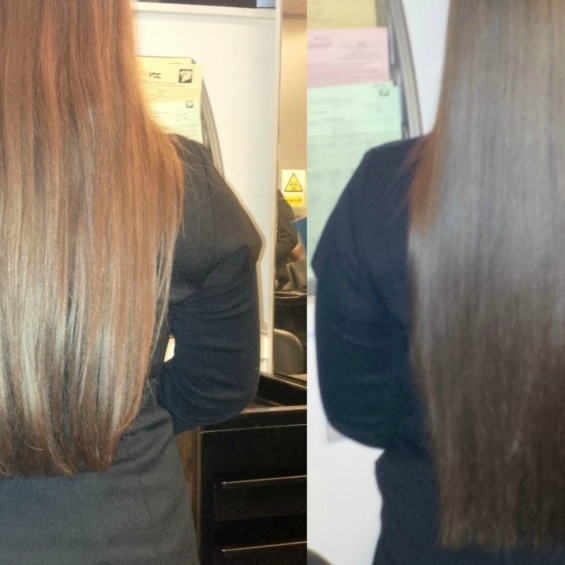 How To Make Your Hair Grow Fast?

Top 10 Makeup Disasters of Celebrities Around The World