Reuters photographers produce over half a million images every year.Some pictures define an event, others capture a moment revealing anaspect of the human condition. In the series below, Reutersphotographers offer unique insight into some of our best pictures ofthe year.

Marooned flood victims looking to escape grab the side bars of a hovering Army helicopter which arrived to distribute food supplies in the Muzaffargarh district of Pakistan’s Punjab province August 7, 2010. Pakistanis desperate to get out of flooded villages threw themselves at helicopters on Saturday as more heavy rain was expected to intensify both suffering and anger with the government. The disaster killed more than 1,600 people and disrupted the lives of 12 million. REUTERS/Adrees Latif

Balloon flies during the International Hot Air Balloon Week in Chateau-d’Oex January 23, 2010. Over 80 balloons from 15 countries are participating in the ballooning event in the Swiss mountain resort famous for ideal flight conditions due to an exceptional microclimate. REUTERS/Valentin Flauraud

Woman puts her hand near a crack on a wall as she waits for food distribution in Port-au-Prince, Haiti January 27, 2010. A shallow 4.9 magnitude aftershock rattled western Haiti on Tuesday, two weeks after a killer 7.0 magnitude earthquake devastated the Haitian capital, Port-au-Prince, the U.S. Geological Service said. REUTERS/Carlos Barria

Hard hat from an oil worker lies in oil from the Deepwater Horizon oil spill on East Grand Terre Island, Louisiana June 8, 2010. Energy giant BP Plc said on Tuesday it had sharply increased the amount of oil it was capturing from its blown-out Gulf of Mexico well, but U.S. officials want to know exactly how much oil is still gushing out. REUTERS/Lee Celano

Statue and a torn Thai national flag remain in front of Bangkok’s Central World shopping mall, which was gutted by fire after army soldiers advanced towards an encampment of thousands of anti-government “red shirt” protesters, May 19, 2010. Rioting and fires swept Bangkok on Wednesday after troops stormed a protest encampment, forcing protest leaders to surrender but sparking clashes that killed at least four people and triggered unrest in northern Thailand. REUTERS/Adrees Latif

Audience members use chairs to shelter from the rain as U.S. President Barack Obama speaks in the pouring rain during a Memorial Day event at the Abraham Lincoln National Cemetery in Elwood, Illinois, May 31, 2010. REUTERS/Larry Downing

Tibetan exile shouts slogan from inside a police van after being detained during a protest in front of Chinese embassy in New Delhi March 9, 2010. Dozens of exiled Tibetans protested on Tuesday to mark the 51st anniversary of the Tibetan uprising against China. REUTERS/Adnan Abidi

Children play with a tyre used to block the entrance to a squatter camp for poor white South Africans, at Coronation Park in Krugersdorp, March 6, 2010. A shift in racial hiring practices and the recent global economic crisis means many white South Africans have fallen on hard times. Researchers now estimate some 450,000 whites, of a total white population of 4.5 million, live below the poverty line and 100,000 are struggling just to survive in places such as Coronation Park, a former caravan camp currently home to more than 400 white squatters. Picture taken March 6, 2010. To match feature SAFRICA-WHITES/ REUTERS/Finbarr O’Reilly

Cinema goers watch Bollywood movie “Dilwale Dulhania Le Jayenge” (The Big Hearted Will Take the Bride), starring actor Shah Rukh Khan, inside Maratha Mandir theatre in Mumbai July 11, 2010. The movie has set a record of completing 770 weeks of continuous screening at a cinema, a feat unmatched by any other Bollywood movie the world over. The movie is screened only in the morning and has special ticket rates which range from $0.30 to $0.40 (15 to 20 Indian rupees). According to Maratha Mandir owner Manoj Desai, the movie, which is still being screened, enjoys at least 60 to 70 percent occupancy on weekdays and a full house on weekends at his theatre. REUTERS/Danish Siddiqui

Meteor streaks past stars in the night sky over Stonehenge in Salisbury Plain, southern England August 12, 2010. The Perseid meteor shower is sparked every August when the Earth passes through a stream of space debris left by comet Swift-Tuttle. Picture taken using a long exposure. REUTERS/Kieran Doherty

Locals try to extinguish a fire at Nepal Bank, the country’s oldest and largest private sector financial institution, in Kathmandu April 17, 2010. No human casualties were reported in the fire that was was suspected to have flared due to an electrical short circuit. REUTERS/Navesh Chitrakar


Man jumps into a swimming pool in Kabul May 27, 2010. REUTERS/Ahmad Masood

Germany’s goalkeeper Manuel Neuer watches as the ball crosses the line during the 2010 World Cup second round soccer match against England at Free State stadium in Bloemfontein June 27, 2010. England were denied an equalising goal on Sunday when a Frank Lampard shot from 2O metres out hit the crossbar and dropped well over the line. REUTERS/Eddie Keogh

The Northern Lights are seen above the ash plume of Iceland’s Eyjafjallajokull volcano in the evening April 22, 2010. REUTERS/Lucas Jackson

Canadian soldiers play table football under flashlights at a military outpost near the village of Bazaar e Panjwaii, in the Panjwaii district of Kandahar province August 8, 2010. REUTERS/Bob Strong

Joie Gregory and her daughter Catherine, 4, (R) walk down the street at the Easter Bonnet Parade in New York April 4, 2010. REUTERS/Jessica Rinaldi 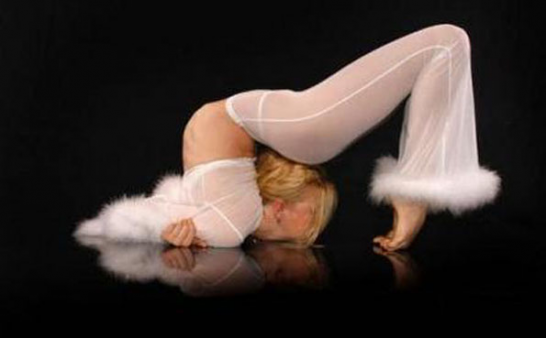