Muay Thai master Tony Jaa is chased by gangsters around Bangkok, jumping through rolls of barbed wire, past pots of bubbling hot oil and over racks of spears before leaping over four sedans then doing the splits under a 4WD.

Daniel Craig’s own death-defying crane jump was voted the best James Bond stunt of all time, according to a Pommy poll in 2008. The acrobatics featured in the opening scenes then sees Bond chasing the bad guy into a building site and battling him 61m above the ground.

Filming a scene where he had to jump from a wall to a tree branch, Jackie Chan lost his grip and hit the ground nearly 5m below. His head broke his fall, literally, and eight hours of surgery later, he had a plastic plug, a permanent hole in his noggin and hearing loss in one ear. 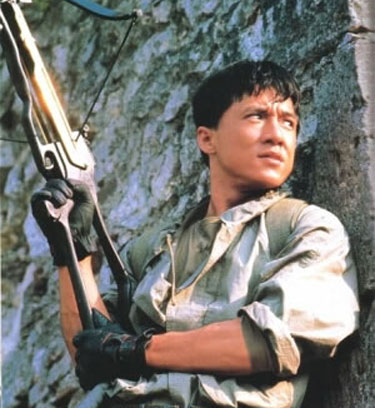 Steve Carrell enters a world of chest-waxing pain, which ends in swearing, screaming and bleeding. He later found out the woman waxing him had lied in her CV, she’d never actually waxed anyone before.

Matt Damon chases a hitman over the rooftops of Tangiers, while the hitman chases cute Nicky Parsons and the cops chase Bourne. The high-speed foot pursuit incorporates jumps and rolls, ending with Bourne crashing into a bathroom and strangling the bad guy with a towel.

Raiders of the Lost Ark

Indy flicks are boss for stunt work, like when the dude gets dragged under a speeding truck, but we’re fans of the bit where he has to outrun a massive boulder. A bloke at the pub told us it wasn’t a real boulder, but we don’t believe him.

Filmed near Broken Hill, NSW, this classic 1981 Aussie flick climaxes with a 15-minute chase involving a truck, cars, bikes and a gyrocopter that still looks extreme all these years later. 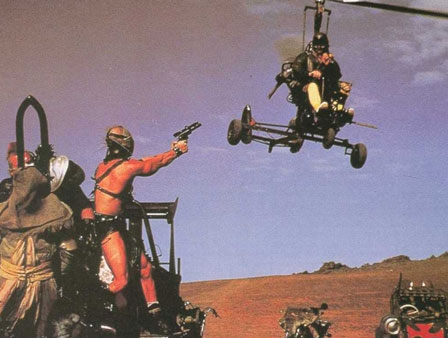 After an intense chase through Gotham City, a semi-trailer goes arse over head and leaves the Joker in a daze. Filmed on a Chicago street, the stunt crew used a huge charge to lift the big rig.

The Man with the Golden Gun

A maths expert was used to make sure the angles were cool for James Bond’s corkscrew jump involving an AMC Hornet spinning 360 degrees horizontally over a broken bridge.

Starring David Balle, the inventor of parkour, this chase has no CGI or camera tricks. It’s basically just blokes jumping in and out of buildings and kicking the snot out of each other. What more do you want? 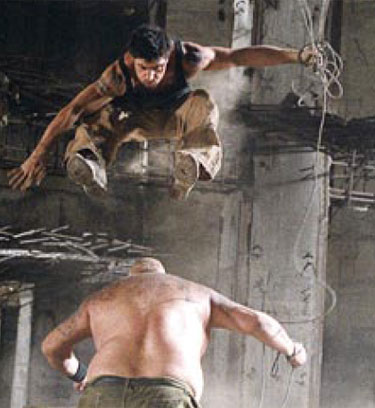 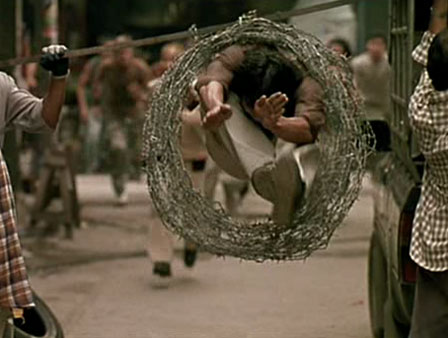 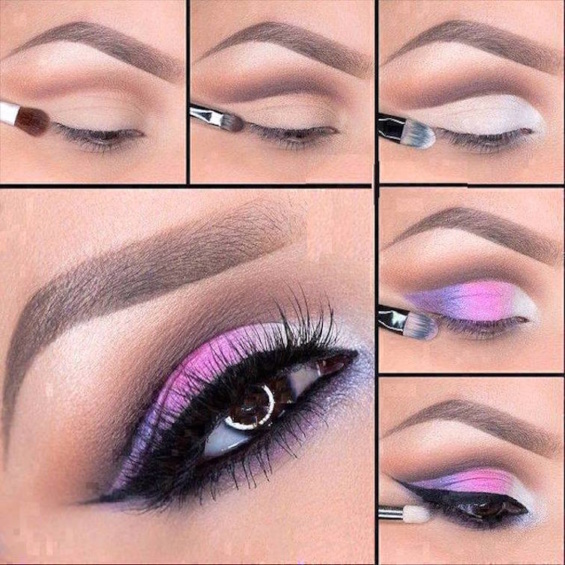